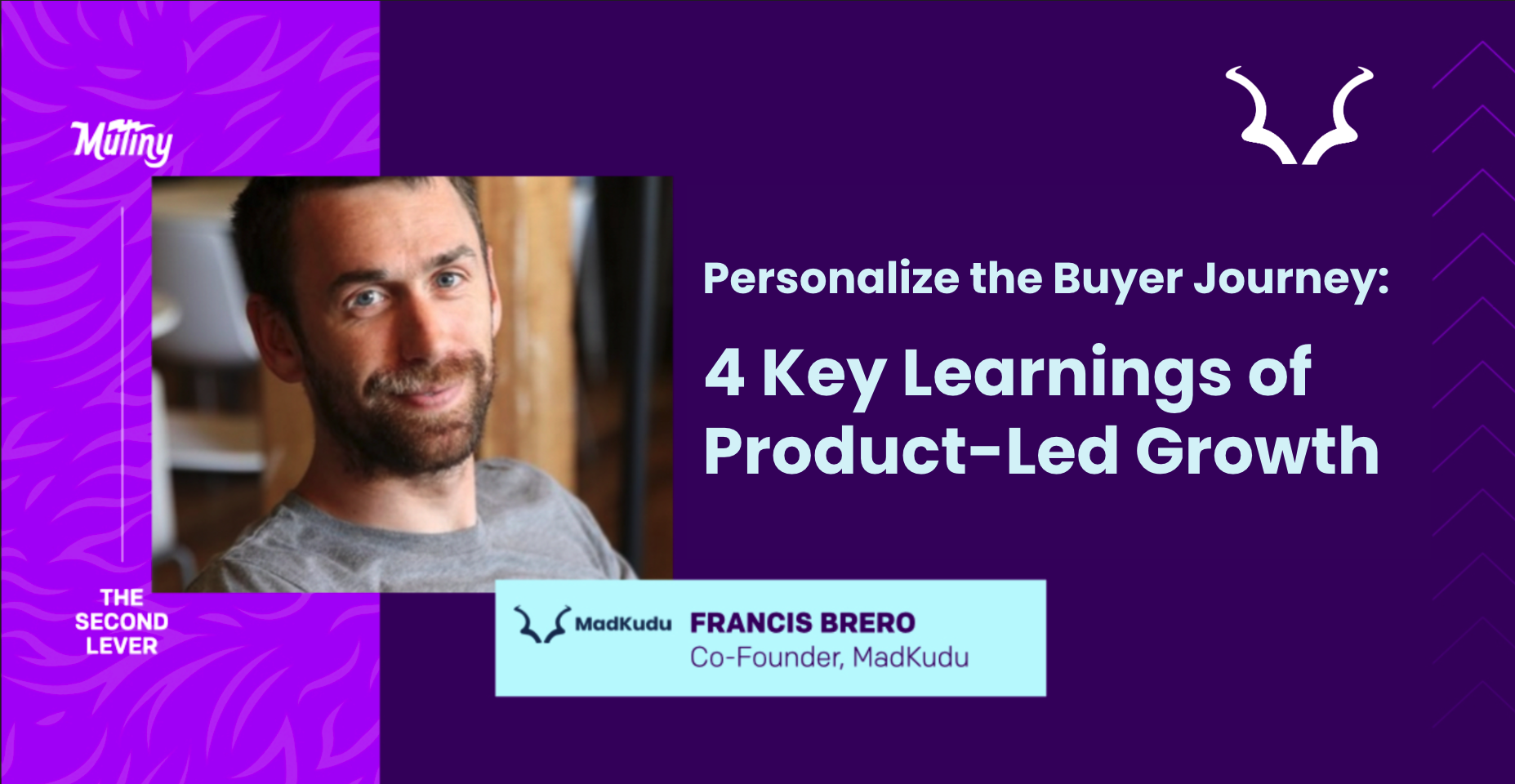 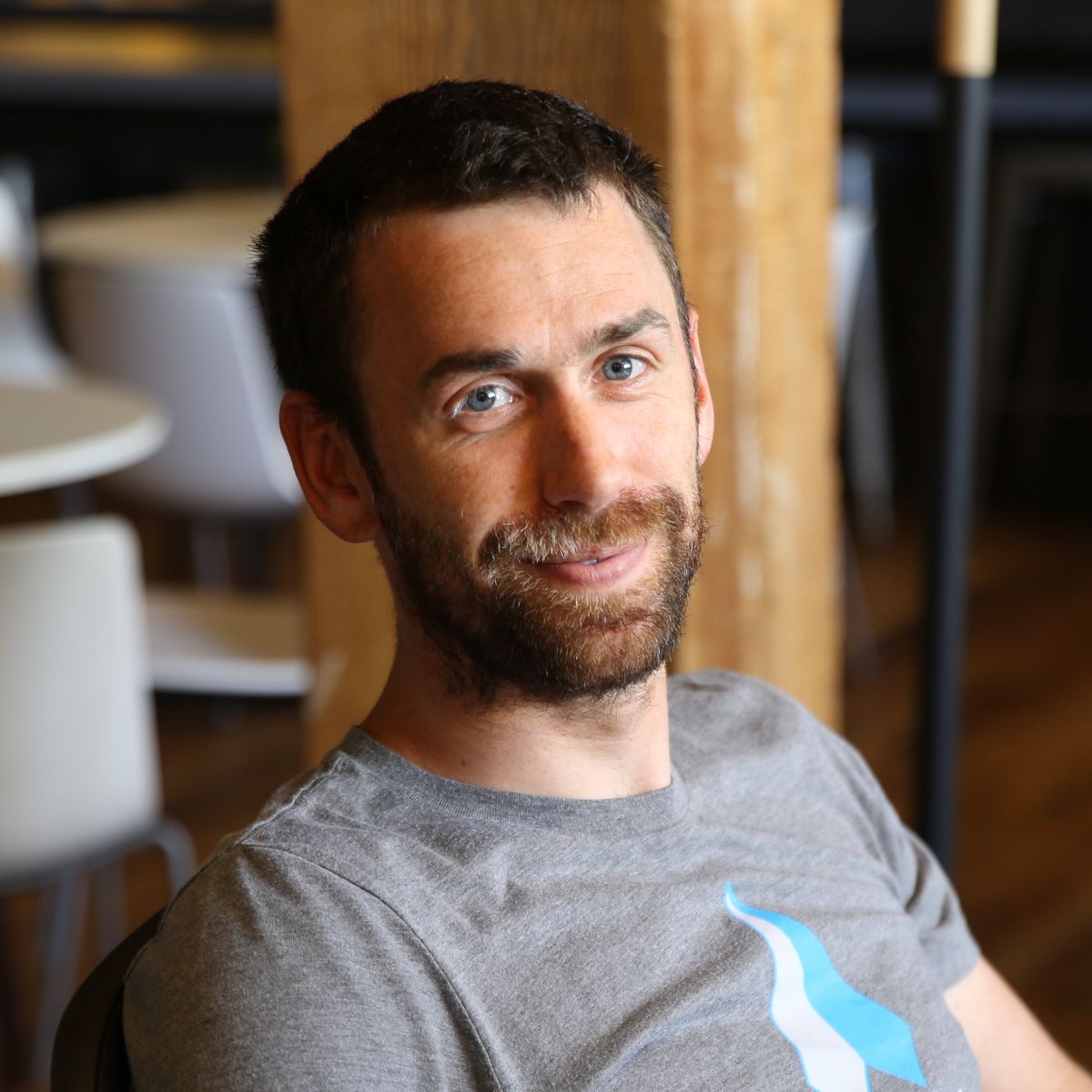 For those of you who haven't had the opportunity to meet me, I'm Francis, co-founder and CPO here at MadKudu. We have built a leading PLG platform for B2B companies. In that journey we've had the fortune of partnering with a lot of great PLG companies and learning from their growth. We’ve seen what has worked well, what hasn’t and in doing so we’ve developed a 5 stage methodology of how to scale and monetize the PLG motion.

In today’s business environment, prospects have come to expect a highly personalized buyer journey. In a product-led world, sales need to be able to leverage insights from all user activities to make their outreach relevant.

But in a recent survey among our partners, 67% of CMO's reported that they are still trying to figure out how to monetize their PLG motions. We gathered a group of 50+ growth and marketing leaders, as a part of Mutiny’s The Second Lever event for a discussion on how to leverage product data in order to scale your revenue engines. Here are 4 key learnings we shared with our breakout group.

The first thing to understand is there's a lot of talk out there about PLG and it’s often oversimplified. There is a broad misconception that forms and free trials can lead the motion on its own, when in reality companies tend to have a complex mix of different revenue streams - inbound, hand raisers, MQLs, Self-serve, sales-assistant, bottom up sales, top down sales - and each of these funnels within a given company will have its own set of stages and maturity.

When we companies, especially younger ones, really lean into the PLG motion, there's a big chunk of growth coming from self-serve revenue where people just swipe their cards and get access to the platform. Awesome. Then you have users that engage in a trial or show some early interest that the reps can help push them over the finish line. And then finally there's the bottom up approach, which I was saying is kind of like that stage three in the PLG journey.

In working with all of these different product-led companies, what we're starting to realize is that the product is too complex and that a single user is not able to create a paying opportunity on his or her own. We need more engagement within the accounts. We need to get the right decision maker or buying committee engaged with the solution. That's where we see this move to more of an account focused PLG motion instead of user focused PLG motion.

And finally, regardless of how effective self-serve and sales assisted motions may be, most companies run a separate outbound or ABM motion.

It's really, really critical that you kind of embrace the fact that as a scaling company, you will have a mix of all these funnels. There is no way today to build a company that is only going to be doing one of these motions. Instead, companies work to excel at one then gradually graduate to another, and then over time they start building excellence across multiple funnels because that's really the only way to meet your customers where they're at.

The challenge and the goal is how do we make it easy for people to use our product and actually buy it. There's an awesome article that Jason Lemkin wrote an article saying, SaaS companies see true success when their product is 10x better than the competition. I like to preach, your PLG success will come when your sales process is 10x better than your competition. Make yourself easy to buy from.

The vast majority of companies I see rely on self-input data - where people volunteer their information through form fills and product signups. Unfortunately, they don't realize that self-input data most of the time is unreliable.

We partnered with a VP of Growth at one of our customers. He was a data nerd who wanted to run a proper experiment on data collection so we set up a dropdown field in a signup form that he hoped would help them better identify decision makers among their product users. Based on the collected data, they hoped to serve up custom onboarding tracks and feature pushes based on job role, company size and other collected inputs.

What we discovered was, users in order to complete the form simply selected the first value in the dropdown rather than read the options. The first week of the experiment the first dropdown field was product manager and the overwhelming majority of signups matched to that answer. The second week they swapped it with engineer and the results skewed heavily to that job role. When they referenced the accrued data against third party lead data, they found that 99% of the self-input data was inaccurate. As a result they were delivering a suboptimal experience to users, surfacing poor leads to sales and missing out on quality opportunities for expansion.

They instead pivoted to third party lead data which tended to be far more accurate and easier to acquire. In doing so, they developed a much more efficient and reliable funnel.

The second data point that we learned over time was using product engagement as a way to promote people for sales opportunities tends to favor smaller companies and ACVs.

The image here is actually from Tomasz Tunguz and Redpoint. They put together a survey across a cohort of companies and discovered that there is an inverse relationship between activity scoring and conversion rates at a higher ACV.

At the higher ACV, the user typically is not the buyer.

The big thing that I think a lot of companies get wrong as they're selling is that they only hunt the people that are using their product. Like self-input information it can have a bit of a fool’s gold effect. Initially it’s useful in the sense that you can gain a little bit more info on people you’ve attracted to your platform, and it is certainly helpful in evolving your product features and UX. However, if you're only using engagement to guide how you monetize your motion, it's very dangerous because you're very often going to promote heavy users of their products that are not, ultimately, the right decision makers for larger deals.

Serving up PQLs to sales that are individual contributors instead of the proper buying committee will lead to cycles lost chasing poor leads and will ultimately damage sale’s trust in your lead scoring model. Product engagement can be a really effective indicator for bottom up PLG funnels but for companies who are looking to employ a top down sales motion, it’s better to focus on account fit, which requires a broader set of data points - which leads me to my final learning.

Learning #4:
Selling Enterprise Deals at the Lead Level is Impossible

There's a frequent misconception in PLG that the bottom up approach can be everyone’s revenue driver. Activate a free trial or freemium model and boom, you have PLG and all of your sales woes are solved.

I think our friends at Atlassian kind of created a bit of that mythology by saying, 'Hey guys, we have no sales rep and we're like a multibillion dollar company.' And it's just that they renamed their sales people into account managers or like product experts or something of the nature.

If you are looking to expand into larger ACV and sell into enterprise sized companies, the motion becomes a lot more complex. Here are two great examples.

The first is the MongoDB PLG story. You would only rely on this bottom up approach if you have a very collaborative product or something that is more developer oriented where the number of users active in your account is a strong indicator of expansion opportunity. In this case, things like licenses and usage rate are baked into the pricing model so it’s a very natural conversation for expansion and upsells.

But in our second example with InVision, they have a much more complex pricing and product offering. They have a free offering and then their first pricing tier is at $19 per month. But from there it can range up to hundreds of thousands of dollars for enterprise sized teams.

They reached a company maturity stage where selling was relatively effective and leadership decided that trying to close more and more enterprise deals would be most effective for their growth.

So they looked at their PLG motion and noted that the sales-assisted motion was working well. They were identifying leads that were heavily using the product. They were able to show that value to those accounts and eventually close deals. Unfortunately, the ACV was far from the hundred thousand mark that they were attempting to scale.

They tried to apply the same methodology to their strategic enterprise accounts and have them go off their named accounts that were showing product activity. And unfortunately that was a complete bust. Deals were dragging out, coming in lower than expected and good opportunities were being missed.

The feedback they eventually received from sales (maintaining a tight feedback loop with your sellers is always critical by the way) was that they were definitely talking to the right kind of accounts. We're talking to people that are super engaged in the product. They love the product, and are even hardcore evangelists. But unfortunately, they don't understand why they should migrate to the enterprise plan. In fact, they don't really care if they do. And that was the major learning. Single users didn’t care if it was more effective to become an enterprise customer of InVision. That consolidation and price advantage mattered more to a higher echelon of employees and a completely different persona and that became a really big shift in their strategy.

The growth team, the demand gen team, whoever is responsible for the product-led motion needs to make sure that when they hand over these strategic enterprise accounts for the sales team, it needs to be a more white glove, ABM approach where sales is enabled with the right decision makers and is able to multithread across the right buying committee. This tends to be the biggest tripping point for companies looking to scale their PLG strategies. It cannot just be, we have a few people, or like two, three people that are active on the account. It has to be this account as, as an entity is showing enough engagement and activity that we believe it is now time to hand them over to sales.

One of the key challenges that we see across the PLG space is that there's a lot of PLG go to market motions that are inspired from the efficiency of B2C motions. But there's one very fundamental difference between B2C and B2B. In B2B, we aren't usually selling to individuals but a cohort, we are selling into an account where there are multiple stakeholders with competing objectives.

Everyone has different desires, hopes, and needs across the business. It all really comes down to understanding how people want to engage with you and making yourself incredibly easy to buy from.

Want to learn more about scaling your PLG? 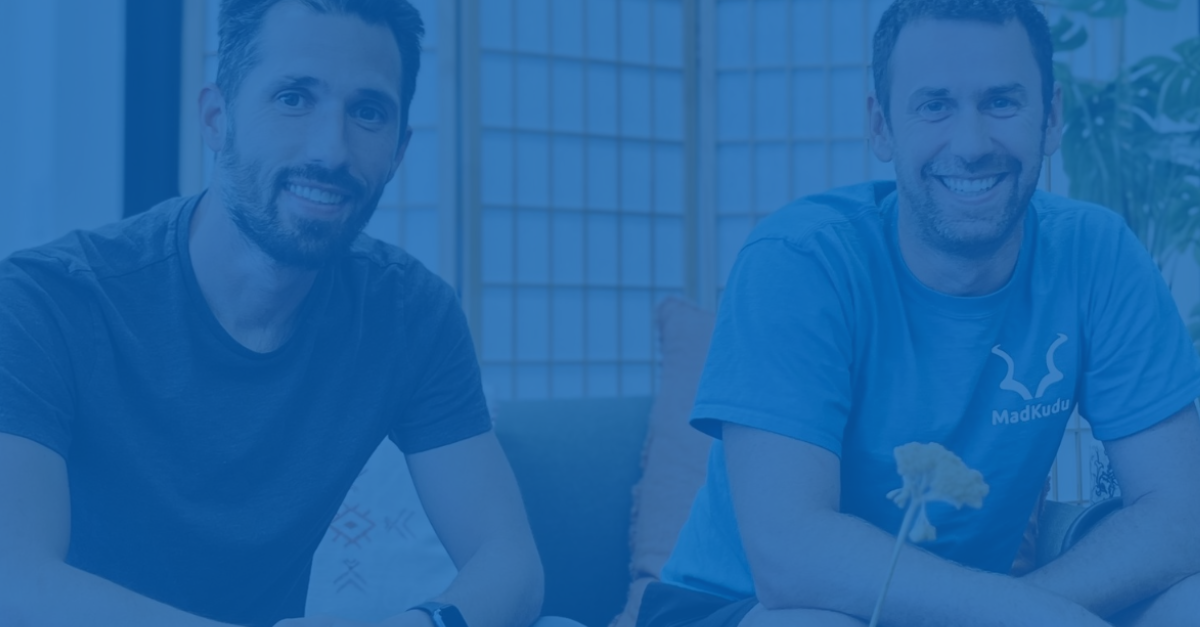 Building the Next Data Infrastructure for PLG and Efficient Growth

I started MadKudu with my co-founder Francis Brero to help companies grow more efficiently. The problem we solve at MadKudu has never been bigger. 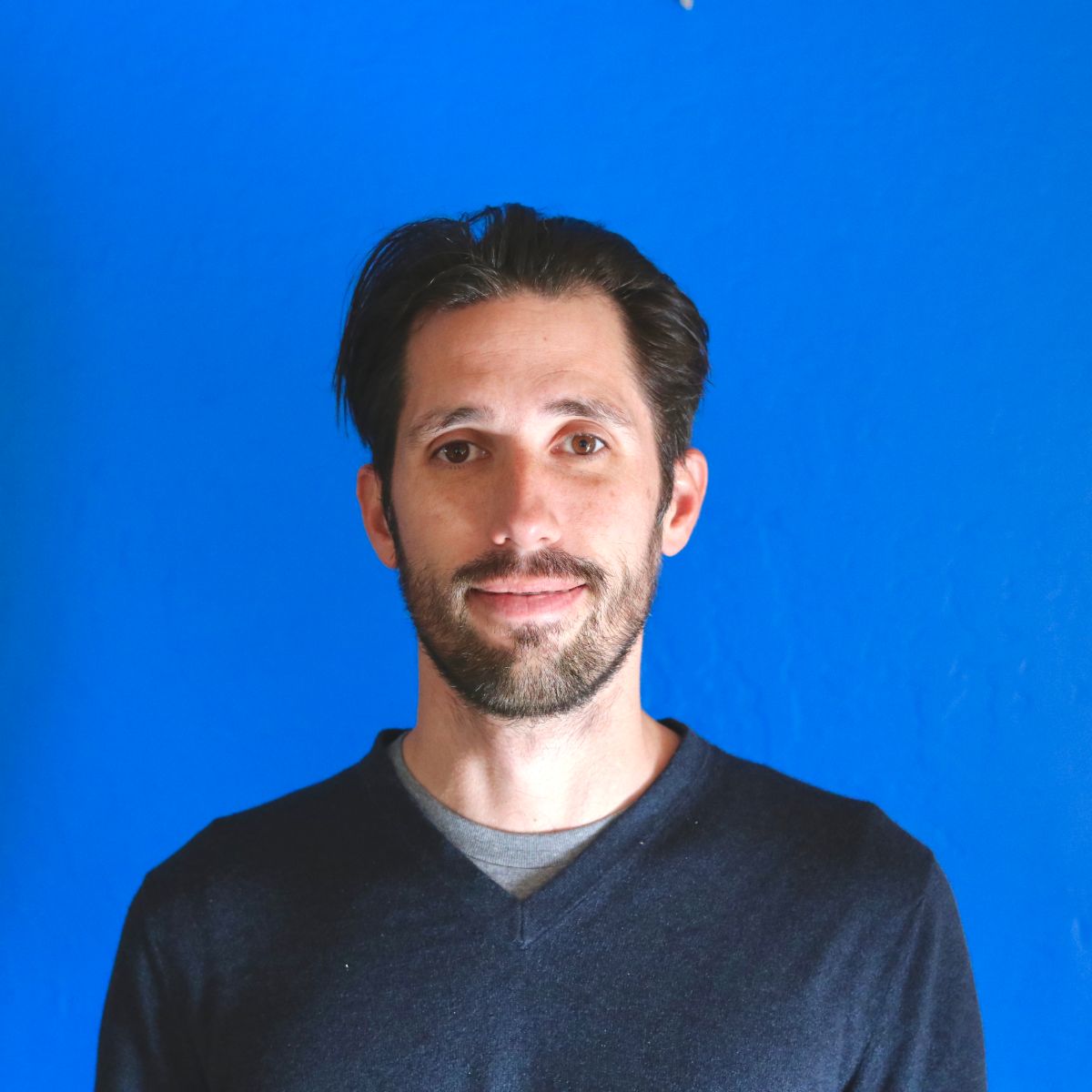 We gathered a group of 50+ growth & marketing leaders to discuss scaling PLG. Here are 4 key learnings. 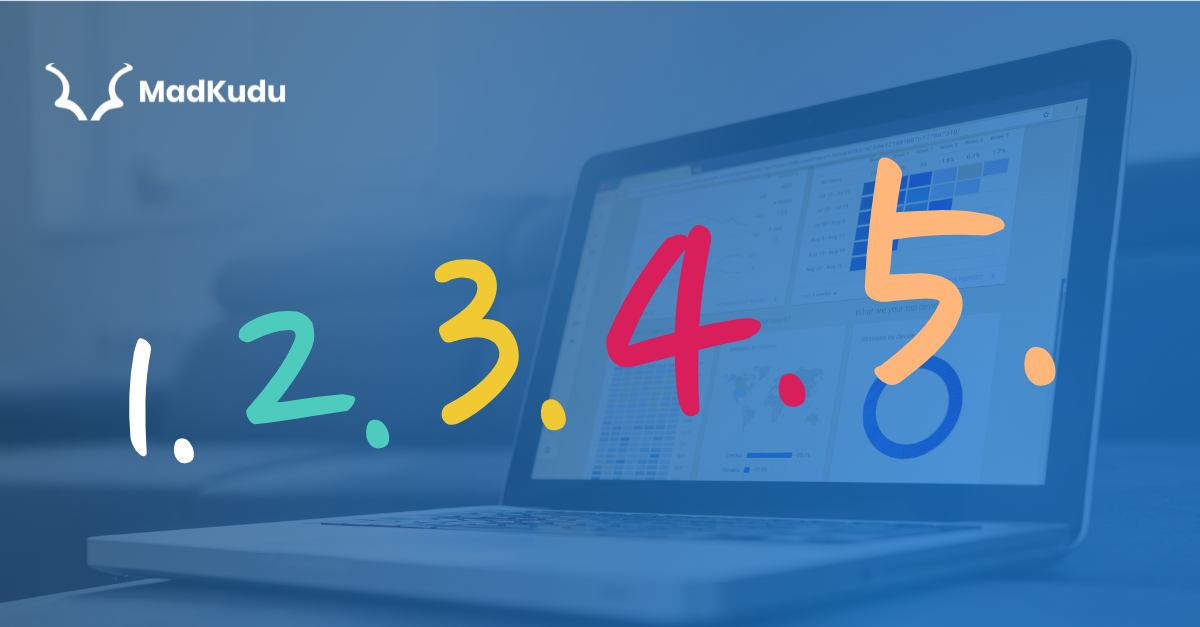 Demand Gen Playbook: 5 Ways to Drive Revenue in a Down Market

In down markets, marketing teams really feel the pressure with to attain revenue goals while budgets get cut. We partnered with Mutiny to develop playbook of revenue driving plays. 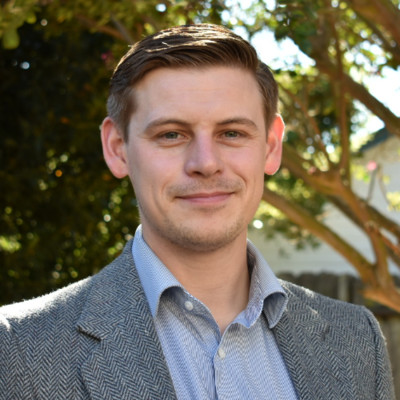