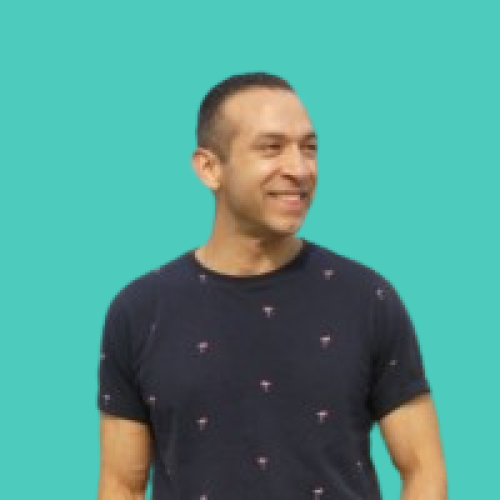 The MOPs landscape is constantly changing, as well as constraints on the MOPs world. Over the last ten years, Chris Rodriguez has worked with a diverse group of companies with very different go-to-markets. He explains how to apply the lessons he learned through experiencing these paradigm shifts.

Chris Rodriguez is a veteran of marketing ops with ten years of experience under his belt. He’s worked at various companies from startup to enterprise and with various marketing automation platforms like Marketo, HubSpot, to Pardot all bespoke out of Salesforce.

He has seen the world of MOPS transform over the years and managed to stay on the avant-garde with his adherence to the philosophy of paradigm shifts. Through this philosophy, he has made himself out to be a startup generalist leveraging the bleeding edge of technology and SaaS platforms with the ever-changing market and how it interacts with new products and services.

No stranger to multiple overlapping roles, Chris also served as an F-16 Avionics technician in the Air Force. He continues to support the veteran community and also applies his military training and experience in his career to this day.

How does the change in selling from one category to another impact MOPs and GTM?

Two major changes happened while I was head of MOPs at Mattermark. The first was a change in market, or at least an expansion of market. We had clear product market fit when it came to VCs. VCs really wanted to see high growth companies that were doing really well.

We had a few data points and additional metrics that were generated and consolidated by an amazing data science team. They provided the level of insight that the VCs wanted. We were starting to see that sales and marketing professionals were also very interested in these insights as well. So we opened up the doors to include the sales and marketing teams.

With that our revenue model really changed. The model initially was to sign up, then fill in billing and credit card information. That’s not a huge hurdle for a VC. However, when someone in marketing is mid-funnel and they want to have access to company data or a sales team, having to go through the procurement process can be much more difficult. So we removed the pricing and it opened up the door for more sales development activity. We then hired a bunch of SDRs and a bunch of AEs in response to that.

Once somebody was on the platform during a trial period, that's when the SDR team and the AE team were busy trying to book meetings and close those deals, and it was a fairly transactional platform. If you're looking at other SaaS platforms that would have cost upwards of $70k to $80k, we were closer to anywhere between $5k and $25k at the time. It was an easier sell and the sales cycle wasn’t very long, so that was a huge shift.

When it came to the MOPs perspective, architecting the handoff in understanding how someone inside of a product was experiencing the value of the product, along with the interactions with the SDR were a pretty big deal. That came along with a chatbot implementation. We had to find a way to track activity and also support new users because it was a little less geared towards the sales and marketing world. There needed to be a little bit more hand holding when it came to understanding what the different data points were or how to query the platform in order to produce the right level of detail and segmentation.

On top of that, there was a Demand Gen challenge. Since we weren't capturing credit card information right upfront, the sell was that much harder. Which means that volume had to be that much greater. I worked alongside Social Media and Demand Gen, trying everything under the sun. We had a huge goal this one quarter. After iterating on a bunch of different types of Demand Gen strategies, we found out that people really liked to be served up segmentation. We called it “listicles,” where we essentially did the queries for them.

We’d tell ourselves if we were a certain type of company in a certain region, we’d probably want to look at a certain set of criteria. We’d post those results on LinkedIn. That got us a huge influx of people that were downloading a Google drive spreadsheet with that data. From that point on they were met with some marketing design and were introduced into the trial of being able to create their own queries. We also gave them a kind of script to direct them how to go about making queries.

When we found this growth hack, mid quarter, we were nowhere close to hitting our quarterly goal. By the end of the quarter, we’d gone from 20% mid-quarter to 99% of our quarterly goal. It got to the point where the CEO was also promoting certain listicles on the very last day, during the very last hour. We wound up off by two or three leads at the time. We just continued to work on and iterate on that and kept the pipeline as full as possible.

How to surface product data to sales reps?

From a tech stack perspective one of the big changes is going from a pre-product sales and tracking all the inbound activity to now having to use product data to figure out who’s using the product and who’s getting value. We had the SDR team engaging with the product and then giving that feedback to the product team. We used Intercom at the time, right when Intercom and Drift were both just starting. With Intercom, we were able to ingest product level data and all the instrumentation that was done on the product. From there, we were able to look at our set of users and figure out which ones were more active and then prioritize at that point. I found a way to feed in Salesforce data into Intercom. There was no integration at that time, so I used Zapier in order to feed data from Salesforce into Intercom and vice versa in order to provide firmographic and demographic information that we didn't have at the onset of a trial. From there, the SDR team was able to then engage and use the battle decks and the product marketing information that they had in order to facilitate a meeting so that the organization could purchase.

So it was having full access to the platform and creating as many lists as they needed at the time. That’s how it all started, getting all the information in one place, and then finding a way to then serve that to the SDR team, which forced the SDR team to become product experts.

Going From A Traditional Demand Gen Model To Self-Driven

How to build an efficient sales assisted motion on top of a viral product?

Another kind of huge shift in go to market motions happened at Gliffy. It was almost the opposite of Mattermark to some extent because it was more product-led acquisition. There were thousands upon thousands of signups and millions of users, but it was much more difficult to monetize. A different approach needs to be used for a few users that monetize really well, like at Mattermark, compared to something with a massive pile of users, like Gliffy.

The biggest difference at Gliffy is how we went from the traditional Demand Gen trial run SDR to AE model to all self-driven. We had a lot of trial users who could create two or three different design diagrams and not incur any charges whatsoever. We had 4.5 million users at one time and were generating over 5,000 users on a monthly basis, but we had very little data over those users. All the trials started through Atlassian and Atlassian was really not keen on giving us a lot of information. We would get a JSON dump of their email address and a few details about the organization. There wasn't that much by way of product instrumentation.

Our systems were kind of lean when it came to the depth of data that's associated with a record. If we ever wanted to look into that even further, we would have to jump into a product database in order to generate new details.

If you think from a PLG perspective, graduating from Mattermark, where you could push everything into Intercom. It was small enough volumes where everything is manageable. You can build a couple of rules in Intercom. At Gliffy, MOPs had to dig into a backend product database owned by product and engineering that contains all the product activity. They had to figure out how to extract insights, but then also extract actionable information to then pass on to the sales team.

The Next Shift Is Moving Closer To A Product Database

How can MOPs adapt to the change of customer data moving out of Salesforce and MAPs to a data warehouse?

The next shift is going to be moving away from using some sort of UX UI, like a Marketo, HubSpot or Salesforce in order to get closer to the product database where stuff is actually happening. That was my biggest challenge in Gliffy. I had all this stuff happening in one place and I want to do something with it. So I have them move the stuff to a different place in my system in order to do something with it.

A company that's revolutionizing this right now is Retool. You build the BI and you can do something with it right then and there. You can build an internal product for your team so then they can do something with that product level data, make changes and engage in whatever it is that you want to do.

A former colleague of mine works there and builds internal tools using Retool for his sales team that involve product level data. He learned SQL, JavaScript, JSON, and maybe some Python in order to be able to make use of something like Retool. But this guy started off in Sales Ops.

That’s the next step. You go down the route of being more of an engineer that serves the marketing team. There are roles for marketing engineers and whatnot, but there is a path from ops to engineering in a sense where you start to encroach on product level data.

What’s the next big change in the MOPs world?

The idea here is how marketing ops is going to wield machine learning and personalization.

There needs to be a level-up in how we oversee ML. Getting useful information out of your data systems is becoming less difficult, unless you actively want to interact with that data system.

The next step is how a MOPs person or Biz Ops person architects a personalized experience from brand engagement on the top, all the way through to retention. I feel like there's going to be something that comes and sits on top of everything. Or at least a new methodology and way to engage with all of that. 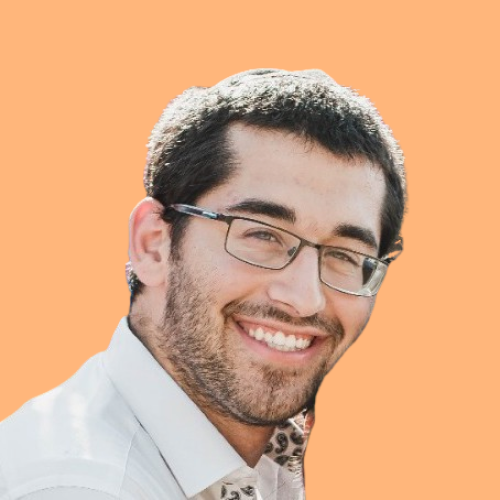 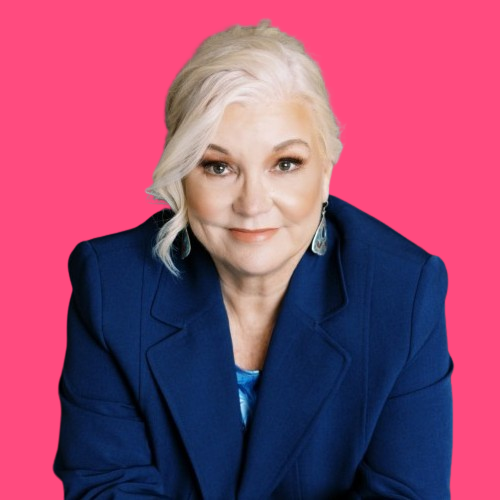 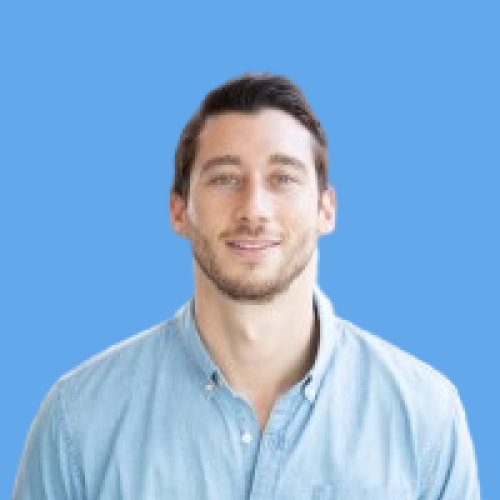