Co-founder and CEO at Gated 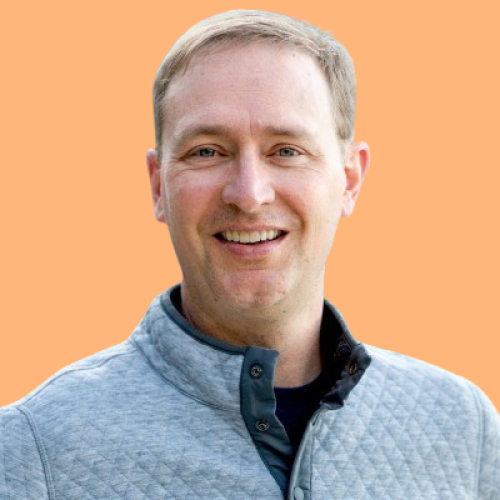 It takes a certain mindset within an organization to build a successful Product-Led Growth motion. Andy Mowat chats with Sam Levan about how he’s built a PLG culture at different companies, how to create the right playbook for your company, what happens if you don’t have a PQL definition, activating PQLs not ready to purchase, and how to integrate multiple funnels.

Andy Mowat is the  CEO and Founder of Gated, a SaaS company that helps busy professionals get more clarity in their inbox. He has spent his career building sales and marketing engines for world-beating companies like Upwork, Box, and Culture Amp.

What kind of culture do you need to build a successful PLG motion?

There shouldn't be a marketing driven initiative that doesn't touch product. A good example is we had the idea of once people loved Gated, we’d send them something to embed this in your signature. And our CTO, Alan, suggested that it probably won't work until you've really got product as part of that.  If your go-to-market motion is product-led for product-led growth and product first, then product needs to be involved in every single decision at the beginning.

A lot of people's tendencies, including mine, is to hack things together fast to see if we can do something. Making sure to involve product is a really big culture shift. Our head of CS effectively sits about three quarters of his time in the product team. He reports up to me, but his day to day is much more around affecting the product than it is working tickets.

The other big thing is just data flows. The GTM systems probably shouldn't be core dictating everything else. That may be another reason why I think a lot of SaaS companies have trouble adding on GTM because their data sets are living in two separate silos and having those two talk together.

At Box, we had Gainsight and we were able to get product data, but it was obviously a much bigger company, and it took time. When I showed up at Culture Amp I asked how they were doing CS. How are accounts scored? How are they understood? How do you figure out which ones have products? They said they just couldn’t get the product data. My approach was to architect it and figure out how to wire it in. But we were still wiring it into a CRM and it was less flexible. There were limitations on how we could use that data because of that. That’s a big problem if you don't have that data wired right in the first place.

What plays would you recommend to start with for PLG?

There’s no generic play that works for everyone, but I can talk about a couple of ours at Gated. Gated has a lot of unique moments of customer touchpoints. Every time you get a donation to reach your inbox, that is a powerful moment. We want to both capture that moment with the user, but we also have an automated play, which will ping the sender and say, “Hey, it’s terrific to see your donation via Gated.” A lot of it for us is to stop and think during those moments of happiness and joy about how you can make it easy for them to talk to you. From there you can then start to channel the conversation in different ways. That's definitely a play that's worked very well for us on both sides of our marketplace. We aren’t yet running a lot of the upsell plays. We're really focused on that B2C first and then we'll layer on the B2B on top of that.

I like to geek out on how to find something and then just keep working on the growth loops. Once you've built a growth loop that works, figure out how you make it better and better and better versus just moving on to the next one. Once you've got something that's working, you can tweak it. For instance, we got 140 testimonials in 4 months with Gated. We figured out how to make it really easy to get into the process. Then we figured out little fun asks to continue to move them down that customer advocacy journey as well. I'm a big fan of finding growth loops and then building plays off of them.

The broader question of playbooks is tough. So very few people have really operationalized playbooks well across teams bigger than four or five people. That is an opportunity for sure.

Do companies need to have a PQL or PQA definition?

(Sam) Very few companies have implemented a PQL or PQA definition. And then the tracking for that. One of the last stories I was looking at mentioned that more than 50% of companies that have a PLG motion, don't have a PQL.

Any company doing PLG, even if you're just starting, should sit down and define what a PQL or PQA is. You can always refine it, but it's a must have for any PLG motion.

(Andy) If you don't have a start, then you don't have anything you can improve or iterate on and you can't test assumptions. The sooner you get that first score the better, even if it's rough. The start for scoring for us right now is effectively whether they Clearbit. If they Clearbit, they're probably a business persona and we want to spend more time on them than a personal email.

(Sam) The argument that I'm hearing and that I would disagree with is that a PQL or PQA can be misused. And I think that's where people throw the entire thing away. It’s like they have a bike,  but they don’t know how to ride a bike so they think bikes are useless, so they're going to walk. So it is true. I think if you can't use the bike, walking is probably better than getting hurt. But it doesn't mean bikes are not useful. I would say it's more about the skill there.

Some of the typical pitfalls I see with our customers on that side is marketing or product defining some PQL definition and not doing the enablement, the communication, the core building of that. Similar with MQLs, it's always been this thing where marketing defines a MQL, sales doesn't buy into that, and then the MQL concept is rejected because it’s done wrong.

What are the best practices to engage people not ready to buy?

(Sam) Many go-to-market organizations don’t have a clear distinction between fit and engagement. Especially in the PLG world, we talk a lot about engagement, about moments, about when is someone ready to buy and not enough about fit. We should be asking who is a good fit for even buying an enterprise plan. So, when they sign up, we know if this a sign up that has a potential to buy enterprise or if it’s more of a sales assist or self serve. That distinction is critical. I often mention how critical it is to separate those funnels.

So when we look at activation, many product teams look just at signups. They’ll look at what's the activation rate at day one and day seven, but it's absolutely necessary to break it down by fit. Maybe a lot of the people you have do not activate because they have the wrong fit. If that’s the case, then it's not an activation problem, it's a fit problem. That links back to the point about what we do when they're not ready to buy now.

That's where the fit matters because the PQLs or PQA means they have the right fit. And they have reached that threshold of engagement that they're ready for either sales or conversion, or to be passed down to sales. That's the lagging indicator. And that's a great indicator closer to revenue.

When you have the right fit, but not the right engagements, that becomes nurturing. That's something that product and marketing can really help with and be measured on. How many of the good fits can you get to that nurture level and go back into the pre-sales play.

(Andy) Another thing I’ve seen work really well is the community approach. Gainsight and Culture Amp did this really well.

If they weren’t ready to buy we had meetups, geek ups, global events, content, job boards to help you find your next job, Slack groups and things we found to be insanely valuable to be able to engage people. I think it was either Anthony Canata or Nick at Gainsight that said, “We want to be in every deal. We don’t know when that deal's going to happen, but when they start to think about something we want to be there.”

(Sam) How long you can have this relationship with a customer pre-sales or pre-revenue is much longer and better with PLG. Outbound is the worst. It's kind of like speed dating. If it doesn't work out, there's no reason to hang out. With inbound, you have more of a reason to hang out. With PLG, we have a community where you can still get the value from the product and build and nurture that relationship.

(Andy) You have to be running a comprehensive go-to-market effort. One of the partners at Openview said that PLG and virality at its core is just customers talking about you. That may not be in the product, but you may have love. How do you catalyze that? How do you do social? How do you have the brand side? How do you have the content and all of the different pieces that support it?

I look at it as there's one funnel and one set of leads versus an MQL or PQL. That's probably because you're going to end up having mostly one. If you're in a PLG culture, they're going to be product leads. They may just be coming from lots of different places. In the end, they're all there. If you're in more of a B2B SaaS, they're gonna be MQLs. Maybe some will be from the product. I guess I try to not have different types of leads. That being said, I do think leads can have different intents. At Culture Amp, we had something like 10 or 15,000, just these huge numbers. Very quickly, the first couple months, I broke them down into different groups. For instance, people that are asking for demos are going to be put through to a salesperson as fast as humanly possible because they don't need to be nurtured. Then there are the people who have scored over.

I don't think there's the marketing leads and the product leads. I do think once they're in and everyone's working towards driving leads, you can then cut them and triage them and handle them in different ways in an intelligent way.

(Sam) I think a lot of companies are struggling with the semantics. Do you have a funnel for MQLs, another one for PQLs. Now you also have PQA and MQA when you look at the account levels. We're starting to have a lot of funnels and a lot of reporting. Sales is very confused about all those definitions and terms.

A trend that we've seen with our customers and even at MadKudu is we still call them MQLs, but you have an MQL and an MQL type. It can be a product sign up or PQL is a type of MQL, or it could be an account MQL, or it could be a hand raiser MQL. It’s more related to what actions you take on the account more than there are different types of MQL, PQL and the rest. I love the intent, it’s a qualified lead with a given intent. 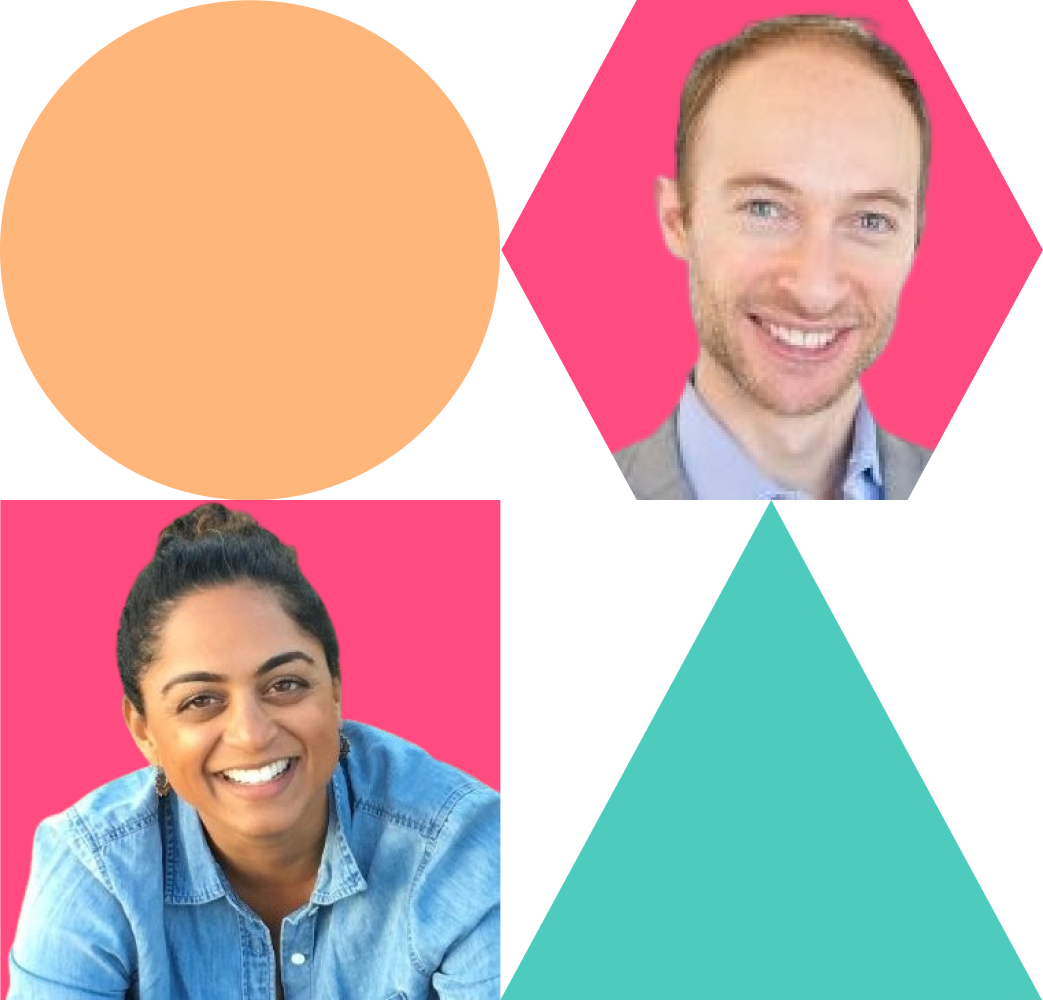 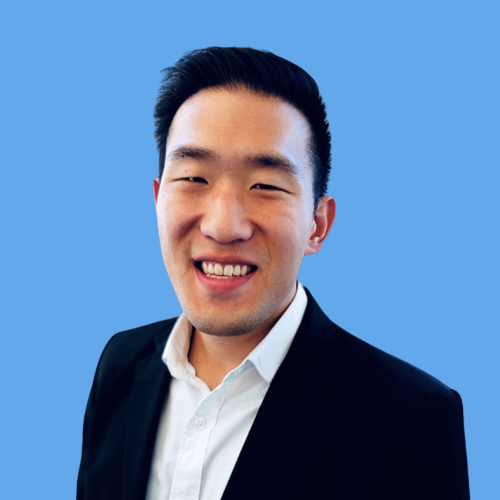